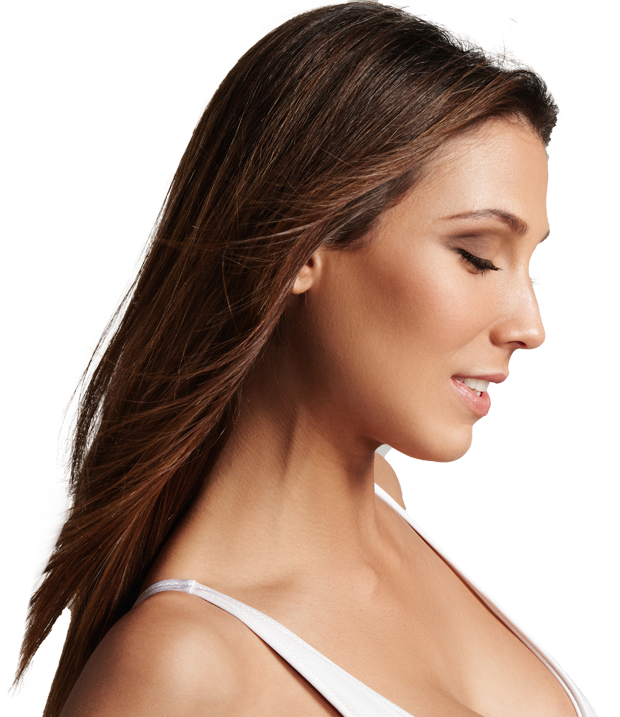 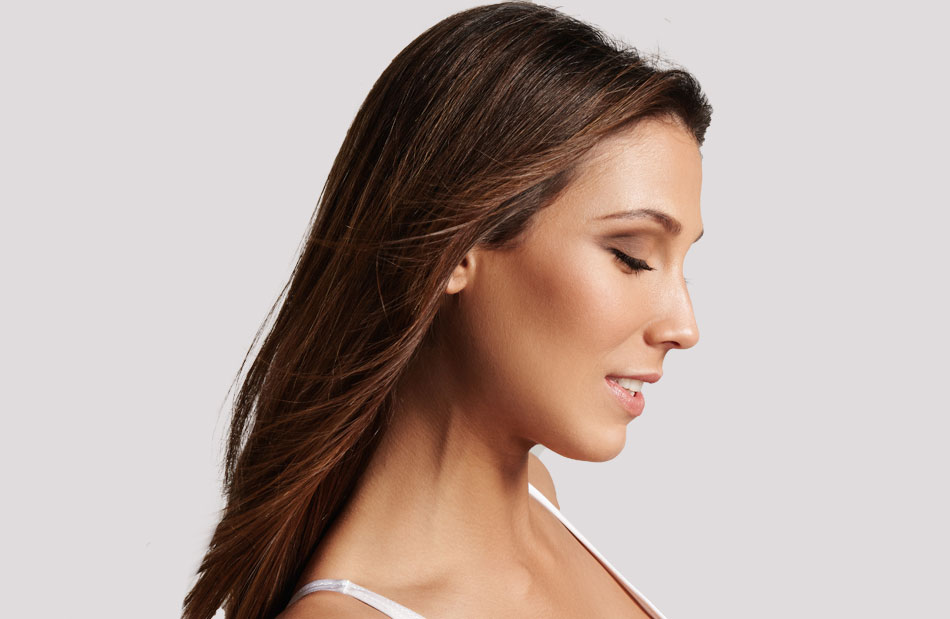 Dr. Weinfeld is considered an expert locally and nationally when it comes to surgery of the nose. He addresses both nasal function (breathing) and nasal appearance. While rhinoplasty generally alters the aesthetics of the nose, the term “functional nasal surgery” covers the procedures geared at improving nasal breathing. 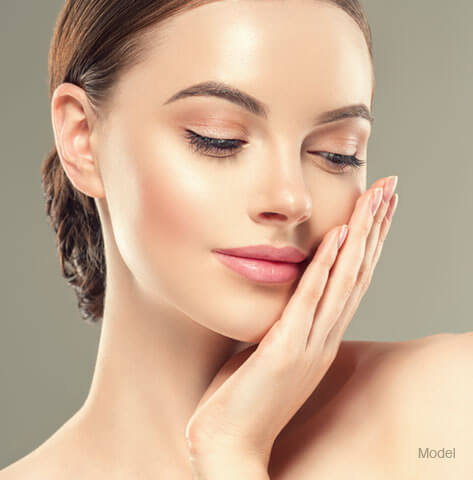 What Is the Difference Between Rhinoplasty Surgeons and ENT Surgeons?

It is important to state that Dr. Weinfeld is not an ears, nose, and throat (ENT) surgeon, but he has advanced training and skill in performing many of the procedures ENT surgeons perform such as septoplasty and turbinate reduction. In fact, Dr. Weinfeld routinely receives patient referrals from ENT surgeons to address challenges that require his expertise and experience.

Dr. Weinfeld collaborates with several ENT surgeons on patients who can benefit from the different approaches that only two surgeons can bring to the table. The best example of this is when sinus surgery is required in addition to functional nasal surgery and/or rhinoplasty. As Dr. Weinfeld is not an ENT, he does not do sinus surgery, but it is often advantageous to do sinus surgery while Dr. Weinfeld operates on the nose. In these cases, Dr. Weinfeld will work with an ENT surgeon to deliver the specialized care that comes from the combined experience and expertise of two different specialists.

Three common anatomic abnormalities contribute to insufficient airflow through the nose and, thus, the experience of nasal obstruction.

Nasal Abnormalities That Can Cause Obstructions:

Many patients present with all three abnormalities. Some only have one or two. No matter how many you experience, these obstructions can be addressed with specific procedures to improve breathing.

Procedures Used to Address These Problems:

These procedures can and often should be done together when appropriate to improve breathing.

Can Breathing Impairment Cause Health Issues?

The ability to breathe through the nose is very important for general health and wellness. Poor nasal airflow can lead to decreased exercise performance, poor sleep, and difficulty with concentration.

How Do Allergies Affect Breathing?

Allergies can play an important role in obstructing the nasal passages. Surgery will not treat allergies but can improve breathing in other ways and, thus, may lessen the impact of allergies. Patients should work with their primary care physician to explore non-surgical approaches to allergy management.

There are various prescription and over-the-counter medicines that can improve allergies. Non-prescription fluticasone propionate nasal spray (brand name FLONASE®) is often a first-line remedy. Patients should consult with their primary care physician or with Dr. Weinfeld directly during their consultation before using this or any other medication.

While allergies and their associated inflammation can cause obstructed nasal airflow, anatomic alterations often contribute to ineffective nasal breathing. Many patients find relief with allergy management strategies and still need to use them from time to time after nasal breathing surgery to maximize airflow during allergy season.

The septum is the partition, or wall, between the two halves of the nasal airway. It consists of bone and cartilage. While it is not bone, for the purpose of this discussion, cartilage can be thought of as a flexible type of bone. While it would be ideal to have a completely straight septum, this is never the case, even in noses that function well. However, when the septum has severe bends and curves, airflow is reduced.

Nasal vestibular stenosis describes the narrowing and/or collapse of the entryway of the nose. When either of these two things occurs upon inhalation, obstruction is experienced.

The nasal entryway consists of an external valve and an internal valve. While nasal vestibular stenosis traditionally refers to a poorly supported inner valve, the external should not be ignored if it is problematic.

The external valve is the junction of the soft fleshy rim of the nostril (the ala) and the columella in the center. If portions of the columella are wide or if the ala is thick or flimsy, collapse can occur when air is drawn in. External valve function can be improved by adjusting the width of the columella. The middle crural footplates can be sutured inward, and alar rim or contour grafts can provide support to the outer ring of nostril tissue.

The internal valve is the junction sidewall where the lower and middle thirds of the nose come together. More precisely, it is a triangular space about half an inch inside the nose bordered by the septum, the lower turbinate, upper lateral cartilage, and the lateral crura of the lower cartilage.

Weakness of the sidewall can exist due to soft or misshapen upper and lower lateral cartilages. This results in internal nasal valve collapse with inward airflow and, thus, a sense of congestion and obstruction.

To correct the nasal obstruction caused by the internal valve, the angle is widened and the cartilages are reshaped and strengthened if needed. Changing the cartilage angle, strength, and shape involves special suture patterns (such as anti-convexity sutures) and special cartilage grafts (such as spreader grafts and lateral crural strut grafts). The cartilage required for these grafts is repurposed septal tissue obtained during septoplasty, which is generally performed at the same time as this procedure.

Turbinates are filter-like structures that exist in the nasal passage. Their purpose is to remove particles from the airstream and to regulate the temperature of the inspired air. Turbinates can enlarge due to a variety of factors, and large turbinates obstruct airflow.

Turbinate reduction is a procedure to limit the obstruction caused by turbinate enlargement. It is important that the surgeon does not remove the turbinate or large portions of it in order to avoid “empty nose syndrome.” Small amounts of the inner portion of the turbinate can be precisely removed to reduce the size of the turbinate, while the outer lining that filters and humidifies the air is generally left undisturbed. This significantly reduces the risks of complications associated with over-aggressive reduction.

How Long Is Recovery After Nose Surgery?

The recovery from the septoplasty, turbinate reduction, and correction of nasal vestibular stenosis is generally about one week. Internal and external splints (temporary silicone rubber and aluminum casts, respectively) are usually removed between six and eight days. There are times when the internal splints remain in place for two weeks.

If a nasal vestibular stenosis correction is performed, bruising and swelling of facial tissues around the nose may be seen and persist for about two weeks.

Will I Have Nasal Breathing Obstructions After Recovery?

These procedures generally improve breathing significantly but may not create perfect breathing. Patients may still experience some congestion and rely on medications to provide additional improvement. Often, one side of the nose functions better than the other. It is also normal for the side that air moves through best to switch from one side to the other throughout the day.

Will Septoplasty and Rhinoplasty Make My Nose Straight?

While septoplasty may make the outside of the nose appear more straight, increased straightness doesn’t always occur. If the focus or concern is the external appearance of the nose, a discussion about cosmetic rhinoplasty is needed.

Rhinoplasty is a surgery to reshape the outside of the nose to improve the cosmetic appearance. Cosmetic rhinoplasties can be done in conjunction with the functional procedures discussed above, but insurance does not cover the cosmetic portion. Even with cosmetic rhinoplasty, it is important to keep in mind that creating a perfectly straight nose is rarely achievable. Making the nose straighter is the goal, and patients are happy when that is achieved.

Can I Undergo Nasal Surgery if I Have Sleep Apnea?

Sleep apnea is a serious medical condition in which the airways close off temporarily during sleep. Signs include waking in the night with a gasping sensation, snoring, not being refreshed in the morning, daytime drowsiness, and headache. If you suspect you have sleep apnea, please discuss your concerns with your primary care provider and obtain a sleep study.

Patients who snore, suspect they have sleep apnea, or have been diagnosed with sleep apnea often ask if improving nasal airflow with surgery will provide a remedy. Corrective nasal airway surgery may stop snoring and improve sleep apnea, but improvement is rarely complete and is not guaranteed. Because of this, patients should undergo a sleep study and start therapy under the supervision of a sleep specialist, often with a CPAP machine. A referral to a certified sleep medicine specialist can be provided by our office.

Can I Combine Functional Nasal Surgery and Cosmetic Rhinoplasty?

Functional nasal surgery can be combined with cosmetic rhinoplasty to improve the outer structure of the nose. Patients undergoing nasal airway surgery (septoplasty, turbinate reduction, and/or correction of nasal vestibular stenosis) are often interested in making changes to the appearance of their nose as well. It is important to be honest with yourself about whether you want cosmetic changes to your nose, and bring these desires to the attention of Dr. Weinfeld during your consultation.

While subtle shape changes can occur during septoplasty and nasal valve surgery, they generally are not to the extent patients desire if they are considering cosmetic rhinoplasty. Cosmetic rhinoplasty allows far more control of the outer shape of the nose than the functional procedures alone. Rhinoplasty requires additional planning, expertise, and time to bring about great results.

Cosmetic rhinoplasty is not covered by insurance, so the patient must pay for the cost of the additional procedure and anesthesia time. However, some of the maneuvers for the nasal breathing surgery overlap with those of rhinoplasty, and the cosmetic fee owed by the patient for the procedure and anesthesia time is reduced accordingly. This can often mean a decreased overall cost but ultimately depends on your insurance plan’s deductible and copay amount.

These are variable and can become confusing to patients considering combined nasal airway and cosmetic rhinoplasty surgery. Our scheduling and insurance specialist will help provide an accurate prediction of out-of-pocket expenses. We strive to be honest and transparent regarding procedure costs. Please let us know of any questions you have, and we will work to provide informative answers. Our goal is to provide our patients the most value possible while adhering to insurance company guidelines.