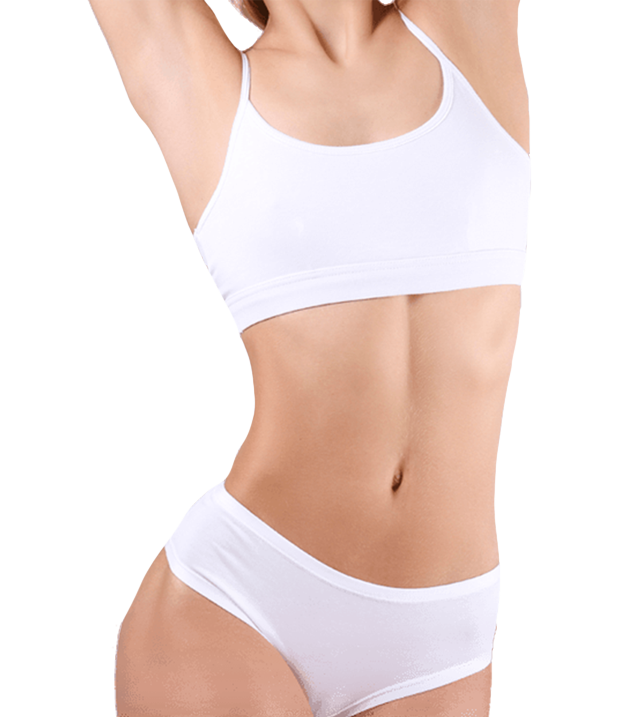 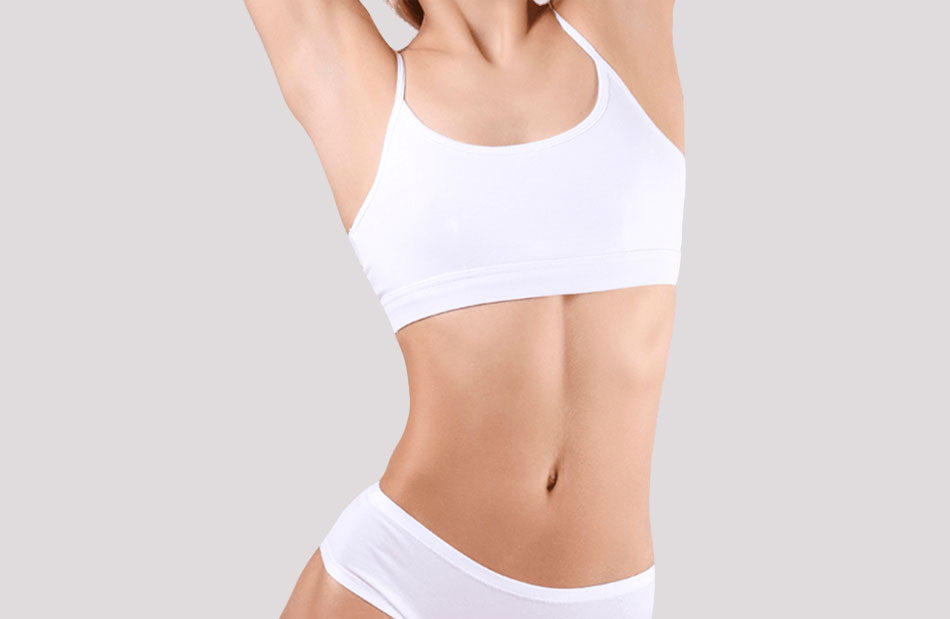 Liposuction is the removal of fat from specific locations on the body, and the face, although less often, in order to create a new and more desirable contour, shape, and size. Lip Liposuction falls under the larger umbrella of body contouring procedures which includes a whole host of other procedures including but not limited to abdominoplasty, thigh lifts, and the Brazilian butt lift. While liposuction is surgery, and this should never be forgotten or overlooked, it is perhaps the least invasive of the body contouring category, as it is performed through very small incisions and generally has a quick recovery. More than any other procedure, liposuction has experienced the commoditization effect that has come to characterize many aspects of modern cosmetic and plastic surgery. I always aim to undo the perception that all liposuction is the same and price is the most important factor in choosing a surgeon. I do this by focusing on customization of approach, education about attainable results, and precision in execution of the procedure. I have been known to turn away patients interested in liposuction who I did not think would benefit from the procedure or who I did not think would be happy with the results. I resist the corporate / mass-marketing approach, the factory approach, to liposuction in favor of personalized interactions and attention to detail. I am not interested in maximizing market share, but instead in maximizing patient satisfaction. 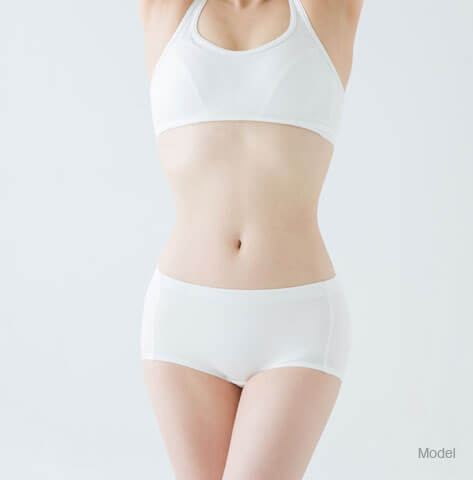 Either due to genetic disposition, dietary indiscretions, or the progression of time (and thus age), humans collect adipose deposits, commonly known as fat, in various locations on their body. Much of this fat may be diet and exercise resistant meaning that even with healthy weight loss some or all of the unwanted fat deposits remain in place. Fat can be stubborn despite our best efforts to lose it. The reason for this is complex and likely relates to hardwired survival mechanisms that exist in our human biology and physiology to help us survive times of food shortages that preceded the agricultural revolution that has guaranteed food security in the modern age in industrialized nations. Additionally, we have become more sedentary as our cultures have been shaped by technological advances. Thus, because food is abundant and we are less active, we collect fat on our bodies, even if we are relatively thin and healthy.
This fat is distributed in different locations on the bodies of women and men. In women, the unwanted and diet resistant fat deposits are generally located in the following regions: abdomen (pooch), flanks (muffin top), hips/ outer thighs (saddle bags), inner thighs, back, and buttocks. In men the fat is generally collected as a band around the waist (abdomen, lower flanks, and lower back – collectively known as a spare tire) or in the chest/breasts (gynecomastia / man boobs / moobs). Again try as we may, the loss of fat in these areas is a difficult proposition. Thus, where diet and exercise leave off, liposuction, also known as suction assisted lipectomy, may offer some assistance.

For many people/patients liposuction may represent a reasonable solution to the problem of unwanted and hard to lose fat deposits. Liposuction is a surgical procedure that involves the removal of unwanted fat. Liposuction is also referred to as suction assisted lipectomy (SAL) or less commonly, but perhaps more scientifically and elegantly as lipoaspiration. The prefix “lipo” or “lip” refers to fat. Thus liposuction latterly means sucking, or aspirating, fat or adipose tissue from the body.

The process of liposuction is accomplished through small incisions through the skin on or near the areas where it is desirable to remove fat. Liposuction can be performed with the patient fully awake with oral medications to reduce anxiety and pain, under intravenous sedations, or while under general anesthesia. First a liquid called tumescence solution is gently injected under the skin into the fat. Tumescence solution contains medications to limit pain and to reduce bruising. After this liquid is injected, a cannula (thin, hollow metallic rod) is placed through the incisions into the fat. The cannula is attached to plastic tubing that is linked to a source of suction. The cannula is then moved in multiple different pathways through the fat. Specialized holes, also known as ports, are located at the end of the cannula. As the cannula is moved through the fat, the ports disrupt the adipose tissue freeing the fat from its attachments in the body. Once free the suction force removes the fat through the cannula and tubing.

The following regions of the body respond well to liposuction: abdomen, flanks, hips, outer thighs, breasts (mostly performed in men for gynecomastia / man boobs), and back. The following areas of the body can present complex challenges and require skillful finesse: buttocks, legs above the knees, inner thighs, calves and ankles (cankles). Liposuction in the face / neck is another area were skillful finesse is required. However, submental (under the chin / under the jawline) liposuction can be particularly gratifying but generally should be reserved for younger patients.

There is a wide range of ages that can benefit from liposuction. Generally its benefits are experienced most in patients in the range of 20’s-60’s years of age. Age, per se, is not the limiting factor. The most important issues determining whether someone is a good candidate for liposuction are the condition of the overlying skin and the amount of fat in the areas on which to focus. The overlying skin must not be too thin, too stretched out, or too loose. For liposuction to work well and create the positive contouring affects the skin must have the ability to spring back / shrink back to a new location. Stretch marks a strong indicator that the skin has lost its ability to do this necessary task and there are other signs as well. The amount of fat in a given area is important too. There mustn’t be so much fat that safe liposuction simply can’t remove enough fat to create a desirable difference. Always keep in mind, liposuction is not intended for weight loss and it generally does not improve cellulite.

Liposuction can be combined with other procedures to cause a synergistic effect on the overall cosmetic outcome. Perhaps the best example of this is the combination of flank liposuction and abdominoplasty to sculpt the waist and restore and hourglass silhouette in women and flatten the spare tire in men. The added benefit of liposuction to abdominoplasty is so powerful and the combination is so natural that I almost always perform the two together and don’t charge the patient extra for liposuction because I consider it an essential component of a complete and quality abdominoplasty.

While the benefit of the combination of liposuction with other surgical procedures is best explained in the example of abdominoplasty it also holds true for many other procedures. These include face/neck lift (sometimes but rarely –see face/neck lift page for full explanation), brachioplasty (arm lift), thigh lift, buttock lift, breast reduction, and mastopexy (breast lift). A special type of liposuction is also performed in conjunction with fat grafting / fat transfer procedures to harvest (collect) fat for the purpose of re-injection. The Brazilian butt lift (or buttock augmentation / lift via fat re-injection) and breast augmentation with fat transfer are two of the best examples of the power of fat grafting / lipo-transfer in the body.

Liposuction is not a cure all for bulges and fullness caused by unwanted fat. The process has its limitations. As stated elsewhere the following things must be kept in mind. Liposuction is for contour change, not weight loss. Some areas respond better than others. Some areas may be made to have a worse appearance if liposuction is used incorrectly. The overlying skin must be of a good quality with the ability to “shrink” back. Liposuction generally does not improve cellulite.

3. Safety as a first priority

Liposuction is generally a well-tolerated procedure with a relatively rapid recovery. In almost all cases of modern liposuction, it is performed as an out-patient procedure meaning patients go home the day of the surgery. Many, but certainly not all, patients can return to normal activities, including exercise, the following day or after a weekend of recovery. That is to say that often people do not need to plan to take a lot of time off from work in order to undergo liposuction. Every patient is different, and thus is advised that you plan for a longer recovery and gradually increase activity as is needed for both safety and comfort. Pain is usually not considered a major factor in the recovery. Some patients state that they experience some numbness (generally self-limited), tingling, and initially some itching sensation. Showering is acceptable immediately, while taking a bath should be avoided until the incisions are well-healed (generally at seven days following the surgery). Compression garments are used following surgery to reduce bruising and swelling and to help facilitate the generation of smooth contours. I recommend that compression be worn for at least 6 weeks full time and 6 weeks at night only. This may be longer than other surgeons recommend but there are practical and theoretical reasons for these recommendations that I share with all of my patients.