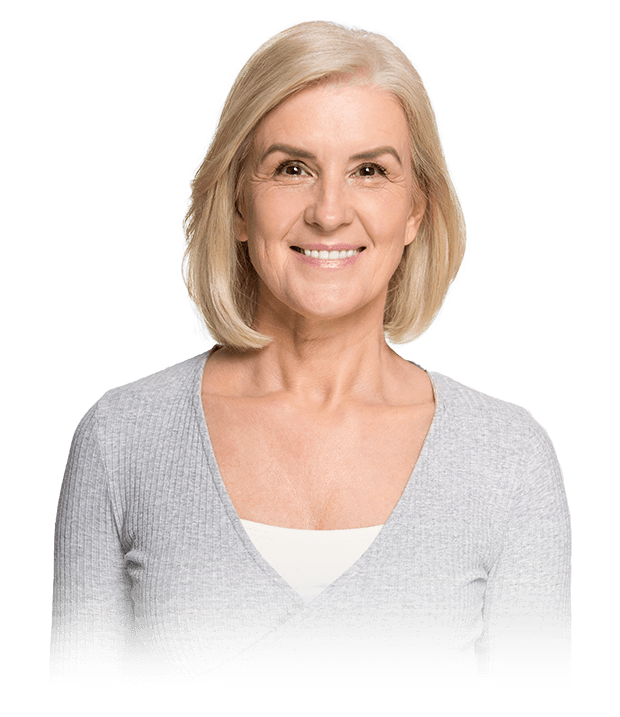 The human face is an individual person’s virtual passport to a world of social interaction and interpersonal experiences. Our minds are programmed to instantaneously recognize, analyze, and judge the appearance of a face. To a large extent, the character of our relationships with one another, whether social, business, or romantic in nature, is influenced by this automatic process. It is for this reason that the appearance of our face holds significant importance in our life and in many ways is the visual keystone of our identity. Cosmetic surgery designed to modify and improve the appearance of the face must therefore be well-planned and well executed, furthermore it must be precise and safe. 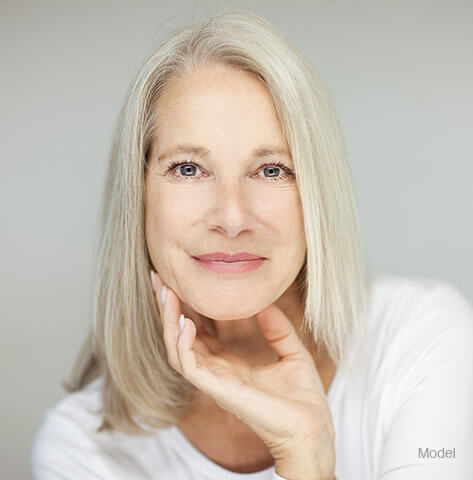 Aging Specific to the Face

As a person ages the skin and soft tissues loosen and sags. The Malar fat pad, an important triangular collection of soft tissue overlying the cheek provides volume and contour to the central face. With aging that fat pad and overlying skin descends down off of the upper cheekbone due to the loosening of its attachments to the underlying structure. As it descends, it literally comes to rest over the jawbone and forms the unappealing jowl and creates a square appearance to the lower face. In addition to the sagging of tissues, with the progression of time, the face loses volume in a process known as fat atrophy. This combination of tissue dissent and volume depletion accentuates the formation of coarse facial creases and folds. Furthermore, the skin is naturally depleted of collagen in response to intrinsic “wear and tear.” Fine wrinkles develop in numerous locations due to the decrement in the skin’s collagen content compounded by sun damage.

Aging Specific to the Neck

In accordance with its significant importance to the appearance of the face, the neck is literally the pedestal of the face. As we age the neck ages too. The platysma is a broad, thin muscle that invests the majority of the neck tissues and structures. With age the connections between this muscle and the underlying structures loosen and the platysma literally pulls away from those structures resulting in midline vertical folds or cords referred to as platysmal bands. Additionally, as the skin and underlying fat loosen and sag they create horizontal folds from the drapery effect of those aforementioned tissues stacking up on top of one another as they descend. Finally, the very important angle between the face and the neck changes. As time passes this angle becomes more and more oblique thus culminating in the loss of the true and appreciable anatomic distinction between the two structures, the face in the neck. In the most severe cases the face literally blends into the neck. This is sometimes referred to as a “bull” neck due to its resemblance to the bovine neck/face composite unit.

I must acknowledge that many patients come to me in Austin, Texas requesting a neck lift alone. But after a full consultation and discussing the patient’s desires and expectations, it becomes apparent that what they truly desire and need is both a face and a neck lift. Furthermore, the recovery from a neck lift conceptually is not very different than that of a face/neck lift. I also frequently have discussions with patients about “mini” facelift. This term is one that is ill-defined and not uniform. I think that people are drawn to this concept because they somehow think the recovery is less extensive, and perhaps less expensive. Thus, I believe it is emotionally easier to accept getting a “mini” lift instead of a “full” face and neck lift. Like the neck lift alone, the “mini” face lift alone recovery is not conceptually that different from a “full” face and neck lift, aka cervicofacial rhytidectomy. I try to avoid tabloid and marketing jargon when interacting with patients interested in a face/neck lift. I customize the approach to the patient’s needs, desires, and anatomy. In practice the length of the incisions is not vastly different between “mini” and “full” and the recovery is about the same. The difference in my hands is that a more natural result can be produced with the “full” procedure because the face and neck are treated together thus creating a balanced appearance. I am able to keep recovery, bruising, and swelling at a relative minimum with a gentle operative technique, pharmacologic intervention, and dietary modification.

The procedure known as a facelift addresses the tissue that lies between the lower eyelids and the jawline. While a facelift does not directly address the lower eyelids, a facelift repositions Malar (cheek) fat pad to a position just below the lower eyelid helping to blend the lid-cheek junction. In an indirect fashion this does improve the appearance of the lower periorbital region and the lower eyelids. A well-executed facelift also elevates the lower portion of the malar fat pad off of the jawline and thus directly treats the jowls by relocating that important fat triangle onto the central and upper cheek, where it anatomically belongs in the youthful state.

At the same time, the elevation of the malar fat pad inherent to the facelift procedure also softens the nasolabial fold, making it less deep. Many patients spend a significant amount of money for repeat injections of fillers such as Juvaderm and Restylane to soften the nasolabial fold. But a facelift procedure can provide a more enduring response to this vexing problem. Finally, it should also be noted that the corners of the mouth can also be repositioned in a superior orientation in order to reduce the downward frowning appearance that can occur with age.

One of the most important benefits of the neck lift portion of the combined facelift / neck lift is that it helps to create the perception of the neck and face as two separate structures by enhancing the anatomic distinction between the two. That is to say that the neck lift makes the angle between the neck and the face less oblique and more acute. With the conversion from the oblique to an acute angle, the jawline becomes better defined and is seen as it boundary between the face and neck. The vertical banding of the platysma is addressed by repositioning and relocating this muscle onto the position of youth. Additionally excess fat in the area just inferior to the chin and the jawline is sculpted away precisely and under direct vision to enhance and define the form. I do not rely on liposuction to do this task as I find artful sculpting under direct vision to be a more elegant and precise approach.

The facelift and neck lift help reverse the downward dissent of soft tissues including fat and skin that occur with age thus reversing the sagging effect and restoring normal anatomic positions. However, this combined procedure does not address the issue of volume depletion and atrophy that occur with age. It is for that reason, that the facelift/neck lift procedure is often enhanced with fat grafting techniques that are specifically designed to restore facial soft tissue volumes. The precise practice of micro-droplet autologous fat grafting to the face provided important and subtle volume restoration to specific regions of the face without creating unnatural fullness or a bloated appearance. These target areas include the temples, tear trough, nasolabial folds, lips (sparingly to avoid a duckbill appearance), labiomental groove, cheeks, and even under the eyebrows. Careful and measured soft tissue restoration to these areas can help create natural volumes and contours without resulting in soft tissue distortions and unnatural appearance.

The facelift/necklift procedure is also combined frequently with rejuvenating procedures of the eyelids and eyebrows brows. In particular, upper and lower lid blepharoplasty and endoscopic or temporal brow lifts are often combined with the face and neck lift. Recall that the face/neck lift addresses the lower third of the face that lies below the lower eyelids and extending down in the neck. It does not directly address the upper third of the face containing the very important periorbital region. The combination of upper and lower blepharoplasty and endoscopic brow lifts addresses this area and can be thought of as a facelift for the upper third of the face.

Thus the facelift/neck lift in combination with fat micro-droplet fat grafting (+/-), upper/lower blepharoplasty and brow lift constitute total, or comprehensive, facial rejuvenation. I often perform these procedures together and sometimes I stage the procedures in two different sessions. Either way, the individual components of this composite of procedures compliments one another. Additionally, the combination provides balance to the face. In some individuals, for example, performing a facelift/necklift without the blepharoplasties and brow lift can create the perception of an unnatural appearance with the comparison of the younger looking lower two thirds of the face and the older looking, “untouched,” upper third of the face. In addition, in some individuals performing a face / neck lift because of its power in lifting and repositioning soft tissues to a more elevated location can create subtle and sometimes overt drapery-like ripples or bunching in the temple region on the side of the eye. The brow lift with its effectiveness in elevating the tissues in the upper third of the face, especially in the temple region, helps elevate the face in one contiguous unit thus avoiding these contour irregularities.

Turn your attention to the eyelids/eyebrow sections to learn more about these important stand-alone and adjuvant procedures.

2. No harsh pulling and stretching of overlying skin due to the attention to repositioning and restructuring the underlying soft tissue structures.

3. Retention of personal facial identity with the delivery of the natural look.

4. Avoidance of lateral (side) facial distortion and contour regularities while maintaining a profound yet natural improvement to the mid-face.

5. Emphasis on quality using a precise and delicate technique.

6. Hairline location, form, and importance all respected with minimal to no alterations or distortions so that a variety of hairstyles are possible following surgery. Ability to have short hairstyles, pulled back hairstyles, and able to get hair wet without scars being overly noticeable.

In general minimal discomfort is experienced. The perception of discomfort is a phenomenon that has individual variations. Most patients report that the discomfort associated with a facelift and necklift, and facial surgery in general, is often much less than expected prior to the procedures. Most patients report using pain medication for only the first day or two after surgery. The facelift is performed precisely with an attention to detail and with maneuvers and recovery techniques designed to keep swelling and bruising at a minimum. A return to social activities and work can occur as early as seven days. A special diet, that I believe reduces bruising and swelling, is recommended to all patients. Many patients have also seen favorable effects on their weight. A return to strenuous physical activity and sexual intimacy can occur at three weeks.